Last year at FOSDEM, containerd was presented as a fairly new CNCF project which had just reached its 1.0 release a month prior. With two major releases since then and a large list of new adopters, including two major public clouds, containerd has continued to gain momentum as a project and this talk will provide an update on users, releases, and the future plans for containerd and its maturity as a core, open source container runtime.

In 2018, containerd and its CRI plugin was marked as GA for use in Kubernetes, followed by two major public clouds–Google’s GKE and IBM Cloud’s IKS–offering containerd as their managed Kubernetes cluster’s runtime. Containerd continues to be used by all Docker releases, and Docker has plans to remove more code from the moby project and utilize stable features within containerd instead, furthering adoption of containerd’s codebase.

Additionally, the attractive API and stability of containerd has brought quite a few new adopters since last year including AWS Firecracker VMM, Kata Containers, Alibaba PouchContainer, and Microsoft contributing and hardening the complete Windows container support in the containerd 1.2 release. Containerd has also proposed to be a “graduated” project in the CNCF and has received a full security audit which will be published soon. 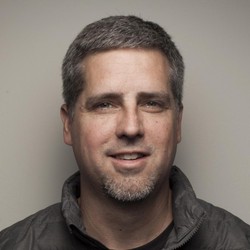