QCon London: The State of APIs in the Container Ecosystem

It has been nine years since Solomon Hykes gave a quick demo of Docker and containers at PyCon! Since then, containers have effectively taken over the tech world, initially with developers but now operationally a major part of how many businesses run services in the cloud. But what’s the “API” for containers? Docker has had an HTTP-based REST API for nearly a decade, but we also have the exponential growth of Kubernetes and its orchestration API, not to mention its definition of a container runtime API called the Container Runtime Interface, or CRI, based on gRPC.

In this talk, we will attempt to demystify the state of APIs across the container landscape, overviewing the how and why of the layers of APIs that drive how containers work today. Secondly, we’ll make it practical by talking about the tradeoffs of where developers and operators should be interacting with these APIs and who these layers are meant to be consumed by. We’ll wrap up by talking about where APIs and innovations around containers are heading in the popular spaces of cloud services and the Kubernetes ecosystem. 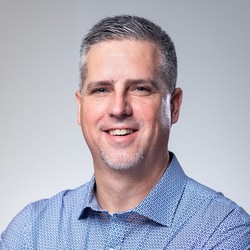